So, You Can’t Tape Your Child’s Mouth Shut 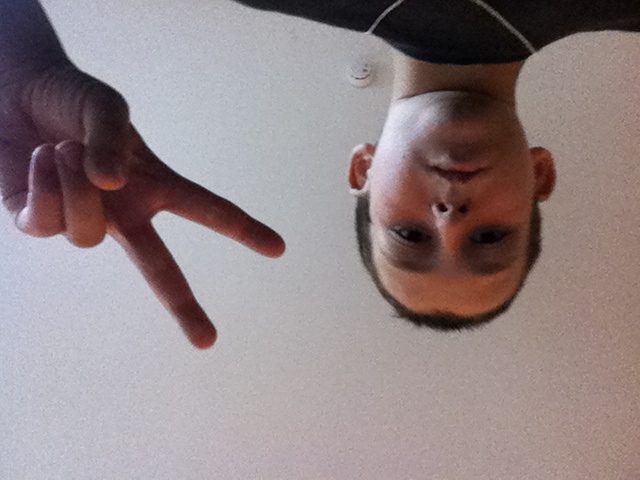 We moved recently, relocating from one of the most forward thinking places on the planet to a small town. No more highways. Very little crime. Good people. But this is no city!

Not long after we arrived, one of my boys called another “Homo!” And no, it wasn’t a “Dude, you’re so innovative — like homo-erectus. You, know, ‘homo’.” No. It was an angry put down at the expense of gay people.

I just about lost my balance — and my temper. How could it be after a lifetime of friendships with kids of all colors, friends with gay parents, and us living as a Jewish family in a community where few knew what a Shabbat dinner was, that one of my boys was attempting to insult another by calling him “Homo!”?

“Everybody says it,” they both defended the word choice. “It doesn’t mean anything.”

It was all I could do to not scream at the top of my lungs, “Are you serious! Did you already forget that you had warm relationships with people who are gay? They fed you. Played catch with you. Drove you home when you needed a ride. Your midwife, for goodness sake, is gay. Hard to imagine you without her. Hello! What the hell!” But I knew my words would fall on deaf ears. The boys were riled up and ready to defend themselves.

Instead, I somehow found the inner strength to take a deep breath, pull up a chair, and calm myself. I had been doing regular Listening Partnerships since we moved, often using my time to focus on how hard it is to parent in a place I hardly know. I’m a city girl. I can navigate any big metropolis and feel really confident about what limits to set with my boys. But in a small town in a new language, I’m having to navigate what, for me, is much scarier territory. Is it okay for them to go to the swimming hole without adult supervision? How late is it appropriate for them to stay out at night? And how in the world can I get them to stop using derogatory words about gay people.

Sometimes I try to make myself feel better by appreciating the fact that at least they’re not making derisive comments about Arabs. Actually – and thankfully – we live in an area of Israel with fairly good relationships between Jews, Arabs, Druze, and Bedouins. The boys interact with Arabs daily, whether it be their Arabic teacher, their classmate, their doctor or dentist, the young adult salesman who helps them decide which pair of jeans looks nicer, or the local restauranteur at the best hummus place around. It’s no San Francisco, for sure. In fact, one of my boys came home from school one day to report that when one kid wants to put another down, he calls him “Arab”. The fact that he brought that information home reassured me that he knew it was a problem – and wrong. And it opened the door to some very important conversations about race and religion and other. I’ve never heard any of my boys say anything derogatory about Arabs.

But the gay thing. That seems a harder nut to crack.

So, I can’t tape my sons’ mouths shut. And I wouldn’t want to anyway. That would miss the point, which is not to silence their thoughts or feelings, but to bring an awareness to their words and how those words affect others. To let them know that using put-downs about groups perpetuates stereotypes and hatred and hurt, and it breaks hearts.

Instead, here are some things I’ve tried. I haven’t yet been 100% successful, but I’m definitely headed in the right direction!

1. One of my sons had a teenage friend over the other day, and I asked him if there were any gay families in his village. He stopped in his tracks and looked at me with an embarrassed smile.

“That’s an unusual question!” he responded.

He thought for a bit and then said he didn’t think so. And then he asked why I asked. I explained we were used to living in a more diverse area, and I was just wondering what kinds of people live around here. And then I asked him if there weren’t kids in his 8th grade class who had come out as gay. He said there weren’t, but there were kids that he thought were gay.

What came out of that conversation? A new awareness that his friend’s parents are open and interested in having conversations about topics that feel uncomfortable. A sense that there may very well be gay people around him who he wouldn’t want to offend. The knowledge that there is a safe place to ask “unusual” questions.

3. We also talk about how when we feel close to someone, when we have a good connection with them, we aren’t hung up about what they look like, whether or not they’re gay, or if they’re rich or poor. We talk about the ways that we are different, and share our own feelings and experiences being treated differently as Jews and as immigrants.

4. I set limits. True, it’s difficult to get a child to stop saying something. But limits can come in the form of expectations. Any time I hear my boys put one another down by calling the other ‘homo’, I put down what I’m doing, walk over to them, look them in the eye, and say, “I won’t let you do that.” Often they stop.

5. When they don’t stop, I just listen and continue to hold out my expectation. I offer them a safe space to rant and tell me how I’m the only mother who makes a big deal out of these things. I allow them their feelings until their balloon of emotion has emptied of air and become soft around the edges once again. And then they stop calling each other ‘homo’.

The world is a tough place right now. But sitting back and wallowing in our hopelessness, or hiding behind blame and shame won’t do a thing to create the change we all – at our core – long for.

Instead, let’s remember that every human being is good. And that we’re all broken. That we all have the power to make a positive difference. And that every single one of us will make mistakes along the way. Apologize, and make every effort to do differently next time.

Conversations about racism, sexism, and homophobia are challenging for many of us to have. We’re afraid of saying something wrong or being misinterpreted. We feel embarrassed that OUR children are talking “that way”. Maybe we never spent much time thinking about how we refer to others, and our kids are now forcing us to change our own long-held habits. One thing for sure, silence on the part of us parents makes us part of the problem. Instead, let’s commit to being intentional about being part of the solution.

What are you doing to help teach tolerance? Please comment below. Let’s steal each other’s great ideas so we don’t have to be “the only mother (or father) making a big deal of these things”!

Tosha Schore, M.A. is co-author of Listen: 5 Simple Tools to Meet Your Everyday Parenting Challenges, and founder at Tosha Schore, Your Partner in Parenting Boys. Her mission is to create a more peaceful world, one sweet boy at a time.