Us, Our Kids, And Mountain Lions 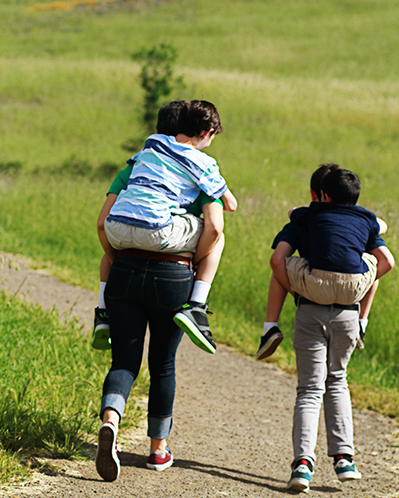 I had a great morning on Saturday, geogaching with two of my boys in the Open Space near where we live. It’s beautiful out there – like our own private national park. It’s right in the city, but feels like a million miles away.

As we hiked through the rolling hills, passing gigantic old oak trees and tiny white flowers that had been fooled by global warming into thinking that February 1st is springtime in California, we heard a rustle in the nearby brush. The noise quickly quieted, but a conversation about all the different kinds of animals that inhabit the area ensued. We started at the bottom of the food chain with the cute small ones, but inevitably ended up focused on the greatly feared, but rarely spotted, mountain lion.“Mountain lions are extremely dangerous,” my 9 year old explained to his little brother, as if he didn’t already know that…

A mountain lion with anger management issues? I honestly have no clue about anger in mountain lions, but the image was pretty darn hysterical! What I do know is that many of the sweet parents and children I work with often fall into an ugly and frustrating cycle of taking turns acting like angry mountain lions.

It’s really a horrible place to be – feeling scared, frustrated, overwhelmed, exhausted, and not being able to think creatively about how to get your child to get in bed or in his car seat or whatever.

I want you to know that it really doesn’t have to be that way. Yesterday, together with a colleague, I spoke to over 600 parents through a teleseminar entitled Mothers & Sons: Aggression & Power. If you thought you were alone with your son’s aggressive behaviors, or your own outbursts of rage, the number of enrollees in yesterdays talk should put your mind at ease.

But knowing you’re not alone doesn’t get you off the hook. It just helps to create the safety needed to be honest with yourself and others about the places you struggle. And then you can start to work towards change. In simple words, it’s impossible to fix a problem without acknowledging the existence of the problem in the first place.

If you struggle with anger, or have a child who does, here are 6 tips to help change that:

Thoughts? I’d love to hear! Leave your comments below.