How tears can bring you and your boy closer. 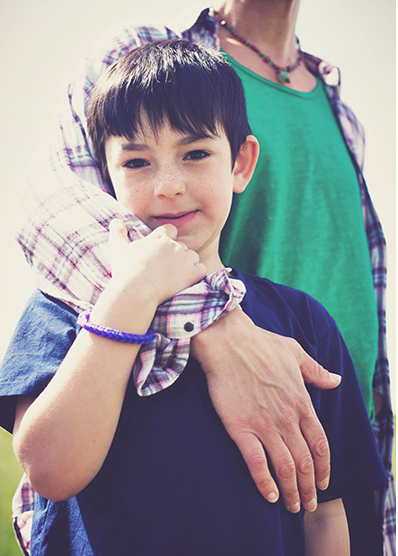 I got an email the other day from an editor at the Huffington Post, asking if I would be willing to write up a short thank you note to my dad to contribute to a Father’s Day piece she was putting together. 150 words max. Seemed easy enough to write a thank you, but I totally failed on the 150 words. It seems they excerpted a soundbite and published it here.

Here’s what I really wrote (Note: THIS PIECE IS MUCH MORE INTERESTING.)

As I was writing, one of my boys was looking over my shoulder. When I turned around to peek at his reaction, his eyes were glassy wet. I asked him how he liked it, and he said, “It almost made me cry.” “Oh,” I responded, with a sideways glance. “I guess I’ll have to keep working on it.” He smiled. This boy can hold feelings in, and needs a perfect setup to really let those healing tears flow. I asked if he had read the eulogy I’d written for my father’s funeral two months earlier, and he hadn’t. He asked me to pull it up, and I did.

We switched places. He sat in the chair holding my laptop, and I sat on the bed behind him, peering over his shoulder. I noticed the first tear drip down his cheek, and then the second. I didn’t say anything. Just set my hand on his back. It seemed forever until he finished reading, and then he closed the laptop and walked out of the room. I followed. And as he sat at the table, his head buried in his own two hands, I listened as he grieved. “It doesn’t seem like it’s really true. Maybe it isn’t? Is his wife still living in the house?” And then the sweet memories. This was good.

His behavior has been quite off-track since we got the sudden news of my father’s passing, and my husband and I left the boys with Grandma and flew to the States for three days. My son had needed me and I wasn’t there. I couldn’t be. And it’s been hard to find my way back to his heart. He’s been mad, rude, and often choosing his friends over us, his family. But since that cry he’s done an about face. He asked me to print out the eulogy for him to have. He’ll sit and listen as I read his little brother Harry Potter. Yesterday he laughed hysterically with that same brother as they told us joke after joke on a long car ride home. He even let me give him a hug.